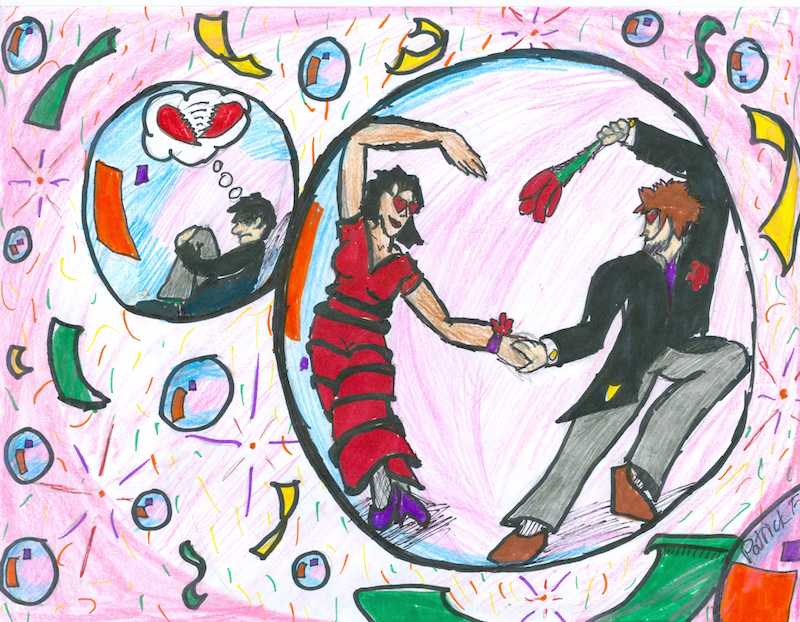 On February 14th, social media users anxiously typed, tweeted, and texted about their multifarious Valentine’s celebrations. Ranging from “Netflix and Chill” to “Netflix and Loneliness,” student posts showed a wide range of activities. Unfortunately, amongst the love and the doves comes an underlying sense of self-deprecation from those of the single population.

For example, the popular Twitter account, Six Word Story, covered everything from the undying love of food to broken hearts. “I’m broken and cannot be fixed,” they tweeted.

Single-awareness day divides an already vast population probably more than any anniversary.  Whether the people in relationships are really happier and feel better about themselves than the singles is still society’s probing concern. Mckendree University conducted an experiment in which participants completed a Rosenberg Self-Esteem Scale of 10 to 40, rating how much agreement was in conjunction to statements such as “I have a number of good qualities”, “I wish I had more respect towards myself”, etc. The average recorded was 18.92 with a standard deviation of 5.09. The average score for a participant not in a relationship was a 19.06, a person in a relationship: 18.77. Conclusively, the experiment proved that both singles and people in relationships a relatively similar self-concept. So, while February 14th is a special time for the couples to be extra blissful and for the singles to be extra piney, any other day of the year means normal feelings.

“Kobie, my boyfriend, has helped my esteem in a way that I don’t have to care what other people think because I’m perfect in his eyes and he love me for who I am… Valentines for us was about respect for our love together, and our love for chocolate,” said Haille Madill, senior.

If Valentine’s Day was a holiday to celebrate chocolate then the seasonal aisle at stores would make a whole lot more sense. Everyone expects chocolate; chocolate strawberries, chocolate hearts, and an enormous box of chocolate. You might like white, milk, or dark chocolate but  most everyone enjoys chocolate.

The thing about chocolate is that it is sweet, and not too light or too heavy on the stomach. Heaven forbid you eat a piece of chocolate without feeling guilty or the need to do jumping jacks. You may look around the school and think well why would I go for that boy when my confidence is so down that I can’t eat chocolate. The unreported truth about relationships is that the guy across the hallway thinks the same way you do and lacks self confidence too. Relationships are built off of learning from one another. Trusting each other, loving each other, and through the concept of trusting and loving another human being you will learn to trust and love yourself. Next year when Valentine’s takes place, aim to be loving yourself, another human, and chocolate.

Before there are gifts given to a special someone, there has to be an exceptional love. It’s not easy to find and it’s not something that’s common today. Finding this love is as rare as a mythical creature for some but not for all. Finding this love brings eternal happiness not only for the person themselves but for their partner. They finally found a love for themselves. They realized that they aren’t perfect and have accepted it. They came to the conclusion that making mistakes is all human nature. They understand that the only person standing in their way was them and they are perfectly happy.It may take many years to develop this certain love but loving yourself comes first before love is found for another.