Goodbye to childhood, hello to freedom 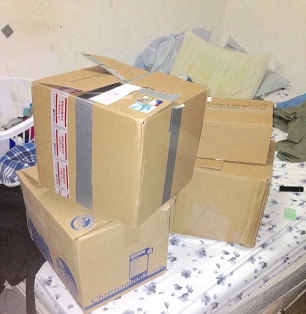 Living in your parents’ basement until you’re 30 years old, to many students, that sounds like a death sentence.  Turning 18 can grant many freedoms including becoming an adult.  The other extreme for many is to move out as soon as they are 18, but it bears its own set of risks.  A question that arises when making this decision is will this be in the best interest of the future.

According to a poll conducted by Bureau of Labor Statistics (bls.org), 40.8% of people who move out at 18 and never return home will own a home in their lifetime.  Whether or not parents want to believe it, students who move out early are not necessarily irresponsible.

“I think students moving out at 18 is a good idea because it gives them a chance to live out on their own and it gives them experience with how the real world works,” said junior Lindsey Hansen, “I want to move out on my own.  I don’t plan on living with my parents forever and I don’t want to live with my parents forever.  I want to have the chance to live on my own and experience the real world and make a path for myself for the future.”

Challenges do arise when moving out at a younger age.  Obviously with little knowledge and experience about finances, problems could happen.  “I personally would not move out until I reach my 20’s because you may gain independence and get to make your own decisions after moving, but there are financial consequences of trying to make it on your own; which makes the situation difficult until you obtain a good job that will provide for all your living needs,” said junior Tiffany Tagavaihee.

“Giving them their wings and letting them be free is probably the best gift I could give,” said Kylee Darby, mother of two.

Without actually talking to parents, there’s no way of really knowing how they feel.  Their response could end up being a surprise.

A question that presents itself when thinking of this decision is why would a student want to move out when they get out of highschool when most of the time, rent at their parents house is free and so is the food.

“[Students] want to prove to their parents that they can take care of themselves,” said Junior Brittney Nguyen.