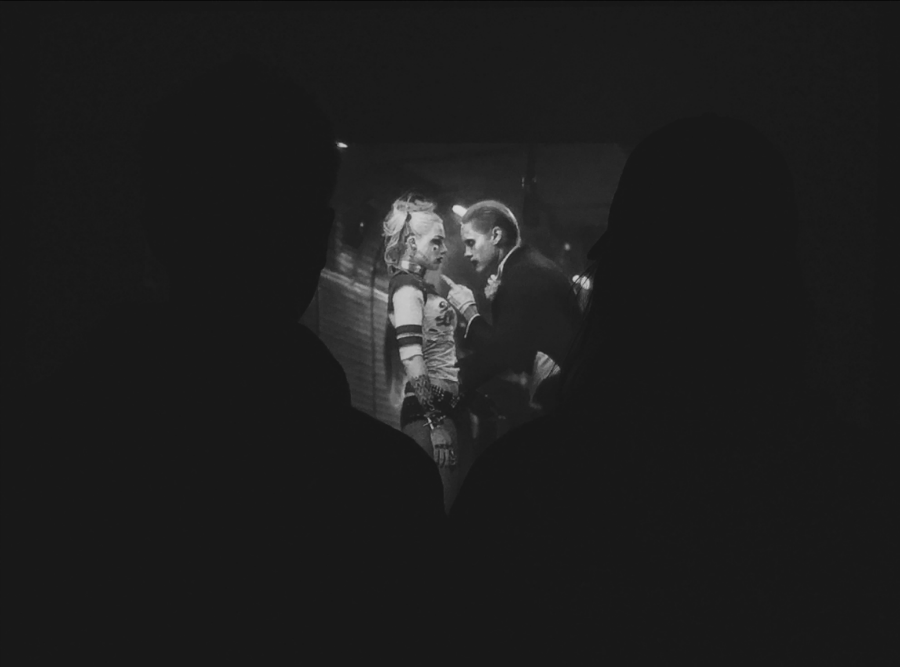 According to social media, Harley Quinn and the Joker are #relationshipgoals. This seemed to blow up after Suicide Squad premiered over the summer. However, many aren’t realizing the true nature of their relationship. Not only in the movie, but in the comics, the Joker is often rather abusive toward Harley Quinn.

The unpredictable, destructive, and manipulative Joker first met Harley Quinn when she was a promising psychologist. Harley felt as if she could relate to the Joker, eventually falling in love with him. The Joker quickly realized this and used it to his advantage.

When the Joker pressures Harley into committing crimes to show her love for him, it is a form of abuse that is often forgotten. Pressuring someone into doing something they don’t want is considered abuse.

One of the scenes included in Suicide Squad that also takes place in the comics is when the Joker pushes Harley into acid, turning her into a villain who is willing to ‘live for him’. She follows the Joker, killing people to be with him.

They aren’t the only pair of fictional characters that hold such a dark nature of relationship. The Twilight series shows a side of abusive relationships that is often forgotten, stalking. Edward stalks Bella while she sleeps on more than one occasion.

Celebrities are also likely to experience abusive relationships. Take Rihanna’s and Chris Brown’s relationship in 2009 and the cancelled Grammy’s performance.

This isn’t unusual according to The National Domestic Violence Hotline, “Nearly 3 in 10 women (29%) and 1 in 10 men (10%) in the US have experienced rape, physical violence and/or stalking by a partner..”. Domestic violence isn’t just between a someone’s current partner, it could also come from former partners, friends, and even family members.

This doesn’t just occur to older couples, according to Love is Respect, “Among female victims of intimate partner violence, 94% of those age 16-19 and 70% of those age 20-24 were victimized by a current or former boyfriend or girlfriend.” High school students are just as likely to end up in an abusive relationship.

Also consider that as someone grows up, girls, especially, are told that if a boy is rude to them, it means that they like them. This is already allowing someone at a young age to associate love with abuse.

However, many people push off possible abusive relationships when in high school. Many adults often say, “Well that’s just how boys are” or “You’re still young, you don’t understand what’s going on.”

Just like Harley, many victims feel as if the abuse is their fault, which leads to them going back to their partner. There are many reasons why one would stay in such a relationship. For example, Harley Quinn is in love with the Joker, she simply believes that it’s her fault that he is treating her in such a way.

People who are experience any form of abuse should seek out help. There are a multitude of organizations that are put in place to help anyone that is going through abuse. The Crisis Text Line is a free, 24/7, and confidential number to text if you are experience abuse, just text “GO” to 741741.

The National Teen Dating Abuse Helpline (1-866-331-9474) is a great resource for high school students that are experienced abusive relationships.