Students and their first amendment rights

Students are unaware of policies that guard their liberties in school. 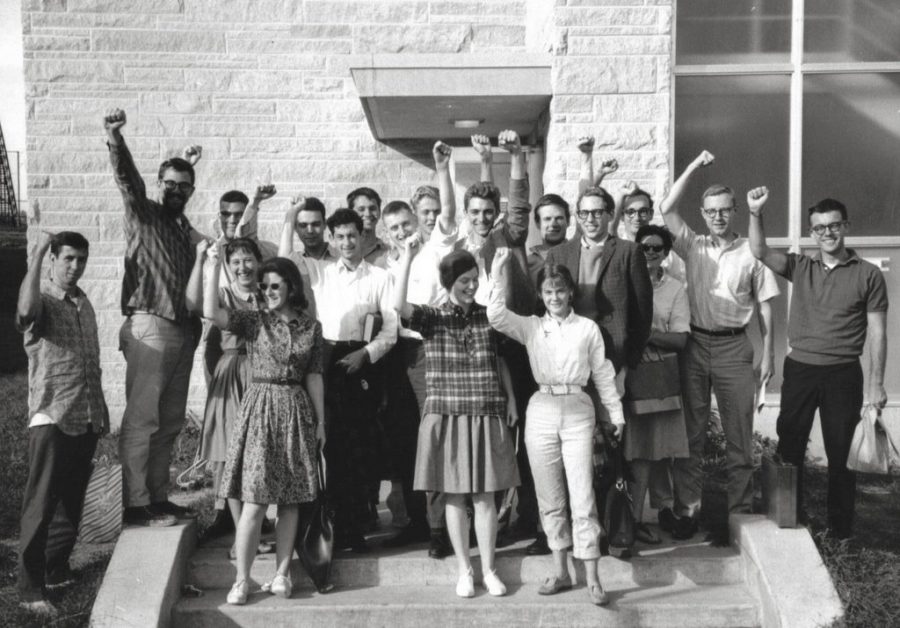 Students from the City of Port Huron Gathered together in an orgnaization called "Students for a Democratic Society" seeking government reform. They reserved their right to peacefully protest injustice in a school setting.

In 1965, Mary Beth Tinker and some of her fellow classmates were suspended from school for wearing black armbands to protest the Vietnam War. The students took the issue to court, arguing that the school was violating their first amendment rights by suspending them. In 1969, the Supreme Court ruled in favor of Tinker and her classmates.

Tinker v. Des Moines guaranteed that, to a certain extent, students’ first amendment rights are protected in schools. In Justice Abe Fortas’ court opinion, he said, “It can hardly be argued that either students or teachers shed their constitutional rights to freedom of speech or expression at the schoolhouse gate.”

But what specific rights do students have?

“As a student, [my rights] are not as well defined as an [adult’s rights] in society would be because I think it’s a lot of give and take between school policy and the law, and there’s some gray area in there,” said junior Spencer Johnson.

Public schools have the ability to set school policies and regulations as long as they do not violate the federal constitution, their state’s constitution, or any laws.

Among students’ rights that are protected are protected under the constitution are the right to remain seated and silent during the Pledge of Allegiance; the right to fair treatment regardless of race, gender, disability, or sexuality; and the right to share their opinions and beliefs in a respectful manner.

According to Larsen, something can be classified as a disruption if student actions interfere with school activities, classroom instruction, or if administrators must spend a significant amount of time away from their normal duties.

The school dress code is also a place where students’ freedom of expression is limited.

Many schools have policies in which students cannot wear offensive, lewd, or derogatory clothes, or clothes that promote illegal activities.

The Taylorsville High School dress code states, “Slogans or advertisements, which by their very nature are controversial or obscene, are not allowed.”

The wording of this statement is ambiguous and could be interpreted to include political attire as that can be considered controversial. This would be a violation of students’ first amendment rights.

However, the administration has clarified that students have the right to wear political attire. Last year, students wore Make America Great Again hats, a slogan from President Trump’s campaign. They were not found to be violating the school dress code.

“I don’t believe Make America Great [Again hats are] against the dress code. It’s not saying anything inappropriate and it’s not against district or school policy,” said Assistant Principal Emme Liddell.

Despite students having these rights, many aren’t aware of them or how to protect them. Larsen thinks that students should learn more about the constitution’s protection of their rights in school.