Is getting the Flu shot a good idea? 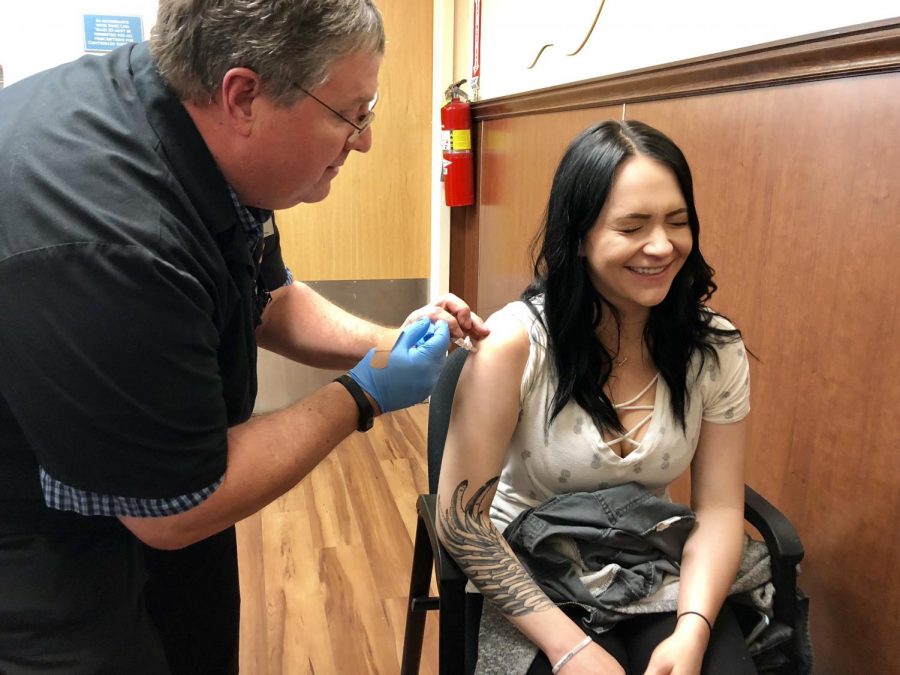 Flu shot ads are popping up everywhere. Doctors recommend getting a flu shot by the end of October.

People often worry that getting the flu shot will give them the actual flu. According to medical resource Wa-health, this is not true. Each flu shot has the dead flu virus in it which can only boost immune systems, not make them worse.

Many people say that they don’t feel well every time they get the flu shot. Whether it be a headache, fever, or fatigue.

Junior Michael Richardson, (real name withheld) said “Whenever I get the flu shot I always get sick. I have a fever and a headache and overall just feel crappy.” This could be because there are side effects when getting any type of injection. Some of those side effects include a headache and a fever. These symptoms last for only a few days when the actual flu can last for weeks. Symptoms for the flu can include muscle pains, cough, fever, body chills, sore throat, etc.

The CDC, Center for Disease Control, states that in recent years the flu shot prevented people from getting the flu by 40-60 percent. People that got the shot were 59% more likely to not be hospitalized than those who did not get vaccinated.

Senior Jane Hemera, (actual name withheld) states, “I can’t get the flu shot because they have egg in it. I am severely allergic to eggs.” The CDC states some of the flu shot ingredients are DNA/RNA from animal tissue, egg protein, aluminum, formaldehyde, and Thimerosal which is a preservative of mercury. These are things that our bodies are not used to and they are getting pushed right into our bloodstream, which can be very dangerous but, they can also be a good thing if they prevent the flu.

Intermountain Healthcare asks that if you get the flu, stay inside, avoid people as much as possible, drink lots of fluids, wash your hands frequently, and get plenty of rest. There isn’t a medication for those who get the Flu, just the shot to help prevent it.

MD points out some options that could be healthier for those who can’t or don’t want the flu shot: Hand washing more frequently and for longer amounts of time, avoiding close contact with people, covering your mouth and nose when coughing or sneezing, and drinking or eating lots of vitamin C to boost the immune system are generally helpful in lowering people’s risks of getting sick.

Students can get the flu shot at any drug store, as they usually accept walk-ins. If you would rather get it from a doctor, then you can call and make an appointment. The price range for the shot can be anywhere between 22 and 70 dollars, depending on what type of insurance.