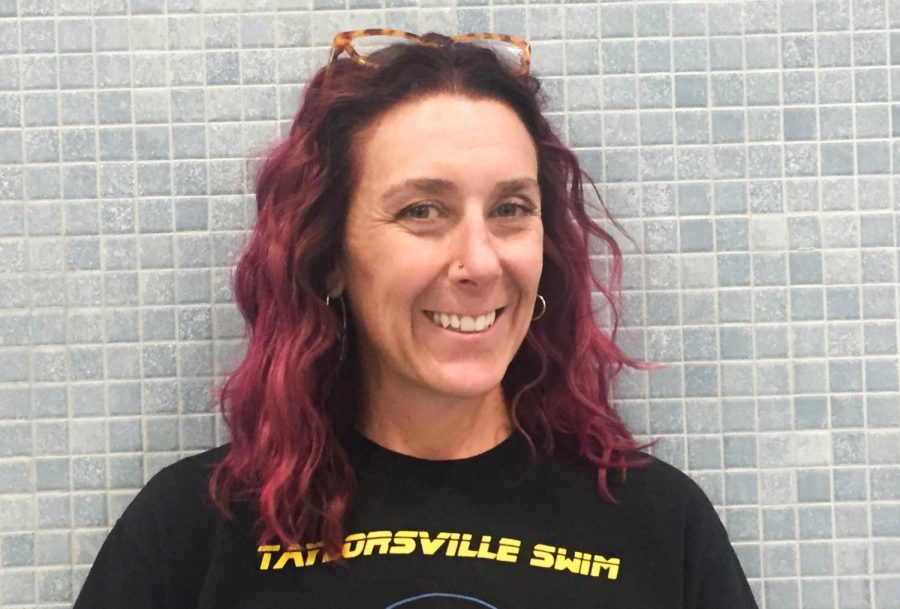 Swim coach Mary Ward has been a part of swimmer’s lives for the past 12 years. Ward has worked as an assistant coach for many years before finally leading the swim teams as head coach.

“Many moons ago, a friend of mine was the head coach here and his assistant quit and he came to me and said, ‘Hey, you seem good with paperwork. And you can run after the girls after they run crying into the locker room. Will you be my assistant swim coach?’” said Ward. “And I said, ‘Sure. I don’t know how to swim.’”

Over the past 12 years, Ward, thankfully, has learned how to swim and often does so competitively. She has competed in six or seven half Ironmans, a marathon consisting of a 1.2-mile swim, a 56-mile bike ride, and a 13.1-mile run and two full Ironmans, a 2.4-mile swim, a 112-mile bicycle ride, and a marathon 26.22-mile run. Ward also participates in Ultra Running and will be running 45 miles in the next few weeks.

Ward described the most gratifying experiences coaching the swim team to be seeing a kid learn how to swim, and do well competitively, after only a few months as well as watching swimmers be able to shave off mere hundredths of seconds and have that take them to state.

“Everyone can walk, for the most part. Everyone can figure out how to run, it might not look pretty but you can run. Wolf chases you, you’ll run. But swimming is hard. You don’t just plop in the water and suddenly throw out the butterfly stroke. That is the most unnatural movement on the planet,” said Ward. “To be able to swim and swim well, you have to be able to have complete body knowledge of where you are in the water and where all your limbs are and you have to be able to understand the stroke. And it’s complicated.”

Ward coaches with the hope that, even if they don’t make it to state or if they don’t do well at region, that students will continue to remain active into adulthood and teach themselves and their possible children the importance of remaining active.