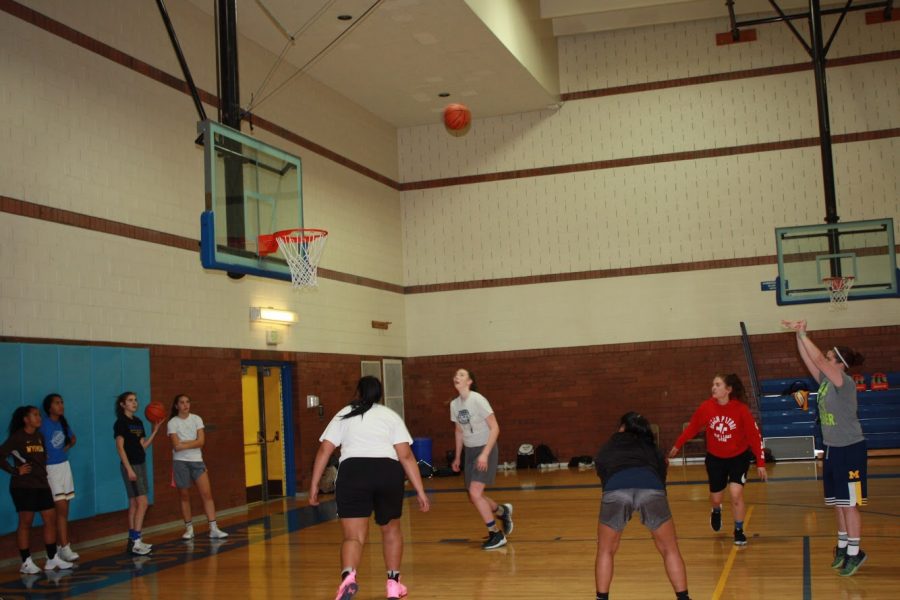 Through the season this year, Taylorsville girls basketball team has already won their games and more to come. They have been through the progress of working hard as a team to make sure they accomplish their goals together. They are such a close team who hangs out in and out of school to get to know each other more and understand them as an individual person. They have been through a lot already from the beginning of the season and still will be towards the end of their season.

Women’s basketball began at an early age do to equal rights of girls can do anything men can. It all began in 1892 where girls found an interest in men’s basketball and decided to make their own team. They did not get the opportunity to play on a full court at the time for men believed that girls could not handle a long run to each hoop.

Diamond Aiono has stated that she feels this year would be a great year for their score board and for each other. “On November 30 is our first home game and I feel strong and confident about how it will go.” said the Varsity player. She has high hopes but doesn’t want to over think it do to her having faith in her teammates that they will be on the same page throughout the game. “My teammates and I were able to build a strong bond by hanging out after school and in school to get along and know each other’s interests.” close quote. She believes that if you know your teammates by heart, your communication on the court will be much more easier to understand their movement and their timing.

Women’s college basketball teams will play four 10 minutes quarters instead of two 20 minutes halves beginning next season. The change became official Monday when the NCAA playing rules oversight panel approved a series of rule modifications that were recommended by the women’s rules committee in May of 2015.

This year the Varsity team is holding on and growing strong to make this year a memorable year for the Senior’s last year of high school basketball. They also believe that if they make progress throughout the season, next year will also be easy through the same girls and more to join.

Also the ball size of men and women’s basketball are very different do to them gripping onto the ball. The size of the ball in women’s basketball ranges from 28.5 to 29 inches in circumference. The basketball in the men’s game is between 29.5 to 30 inches. Women’s hands are smaller than men’s hands on average, so it’s easier for women to handle the smaller ball and keep in control throughout the game.

Basketball is a serious sport that has been given to us from generations down. Through the love and dedication for this sport, they were able to find a huge interest and passion for this year. “Be free to come to our games and cheer us on. It gives us the motivation to do good and to also remember to have fun” said Diamond trying to get others interested in women’s basketball. This year will be a slam dunk on their season all together and many more seasons and years to come in the near future.