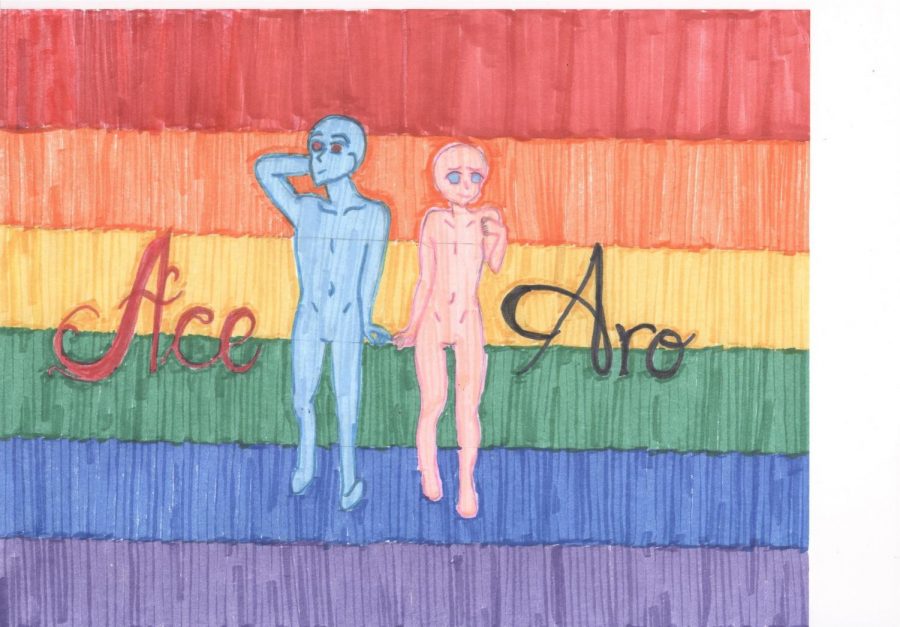 Although awareness is increasing in and outside of the LGBTQ+ community, the majority of people do not know that asexuality exists.  But it does exist only 1 in every 100 people are asexual. This is the reason why it is very uncommon.

Being Asexual, or Ace, is often confused with the biologic term that describes an organism that reproduces by itself. The term asexual is now also being used as a way to describe a person who does not feel sexual attraction or have a desire for a sexual relationship. The LGBTQ+ community realized this term caused confusion with people mixing up the biological and identity form of the word. As a solution they now use the term “Ace”.

Most Ace people do not have significant others, but some of them chose to have partners. Ace’s who do this use romantic terms such as Biromantic which is much like Bisexuality, but excluding the sexual part to a relationship. Pan, Demi, and A romantic terms are used in a similar fashion. Pan Romantics would choose a partner by their personality and heart, not because of their gender. Much like being pan sexual just without the sexual part of the relationship. Partners will decided how far their relationship can and/or will go. It just depends on the person.

Most Ace relationships consist of hand holding and maybe a kiss. This may seem silly to most people, but it’s normal for most Ace relationships. It’s not a phase or a sign of immaturity it’s a life choice. Sometimes being Ace isn’t even a choice, some people may not feel sexual attraction or don’t have a desire to be in a relationship with someone. Celibacy is a life choice very different  from asexuality where it is a feeling you may not be able to control. They are not the same thing.

“It’s not a phase at all, we just do not feel the untamed desire that most people feel… There’s nothing medically wrong with us,” Junior, Katt Smith [real name withheld] explains. Smith gives me her reasons for why she feels people dismiss her sexuality and label it as a phase. People who identify as Ace may choose to have a relationship, but not all do. It really depends on the person.

“… Being Aro [Aromantic] is having little to no romantic attraction,” Sophomore, Jayden Flynn said.“Normally, these people find love in friends and animals. This is a reason why I’m in love with my dog.” Flynn goes on to say “It’s irritating when people say ‘Oh Jayden it’s just a phase’ But I can’t really blame them for not knowing what it is” and they are correct. Asexuality is a minority amongst a minority.