Recently, teachers from across America have been going on strike. 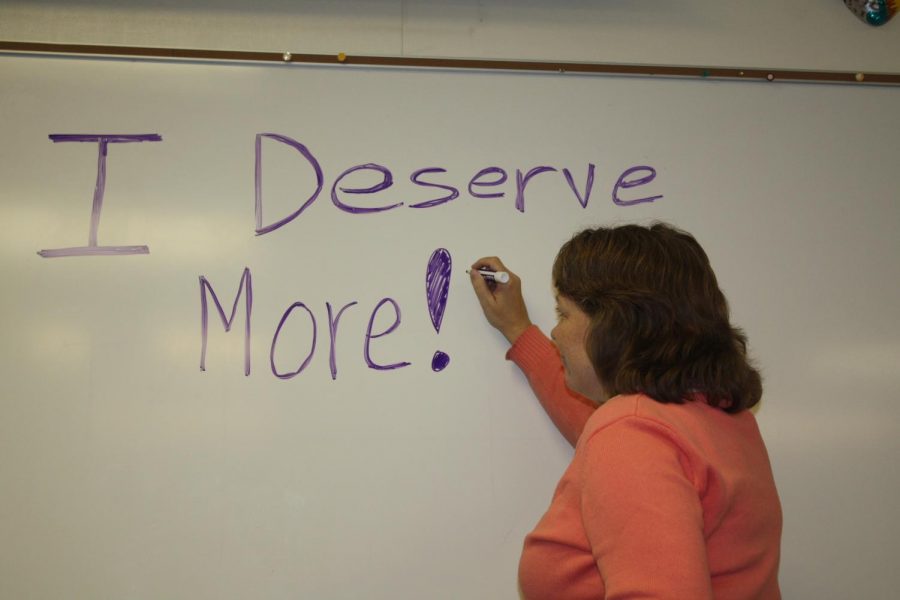 Recently, teachers from across America have been going on strike. Starting with California, expanding to Denver, and rippling to Virginia–educators are demanding higher wages and smaller class sizes. Some states are just considering walking the picket line, but others have already taken action and gained results.

According to the Washington Post and UPI.com, the Union in Los Angeles agreed to give teachers smaller classes and providing the city’s schools with more librarians and nurses. They also gave them a 6% pay raise. The teachers in Denver have not yet reached a negotiation and are still out on strike. If these things aren’t addressed for all school districts, more teachers are going to speak up.

“I think at some point, Utah could get there in five to ten years if the legislature doesn’t start taking it a little more seriously,” said Shannon Hanks, psychology teacher and representative for Granite Education Association (GEA).

This is a problem that affects everyone–administration, educators, and students. As noted by greatschools.org, class sizes range from 30 to 45 students which is not beneficial for their learning nor involvement. It makes it difficult for teachers to engage with each individual. Instead, they are forced to address the class as a whole.

“I feel like we need way closer numbers around 21 capped in science classes so that we can do labs and make sure that everyone understands,” said Paige Ehler, science teacher and representative for GEA. “40 is just too many, no matter what class it is.”

Another major issue that has influenced educators to take a stand is their rate of pay. Teachers do a multitude of things like grading homework, talking to parents, preparing lessons, planning activities, reviewing videos, and helping administration with school events. This takes up a large chunk of their time and some districts don’t pay them fairly for the amount of work they do.

Salary.com states that the average annual salary for teachers in Utah is $52,304. Compared to the state’s average household income, which is $68, 358 according to departmentofnumbers.com, this is extremely low.

“The pay for teachers doesn’t equal the average pay for people with our similar degree in other professions,” said Hanks. “So that’s one of the things contributing to a teacher shortage, and with a teacher shortage, our classes just get bigger and bigger because you’ve got to put the kids with someone.”

Some ways in which school districts need better funding are higher wages for teachers, more school nurses/ librarians, and transportation/ funding for clubs or sports teams.

“[…] I don’t think that we are given enough respect and I think, unfortunately, the public in Utah has sent the message that teachers aren’t important by the way that they voted,” said Sherri Horton, a history teacher. “ I think that our legislature has also put across that education is not important and teachers are not important.”

When these issues are given serious consideration and states take the necessary steps to have them resolved, school districts will start to see major improvements.