What is the deal with the lack of foundation shade ranges? 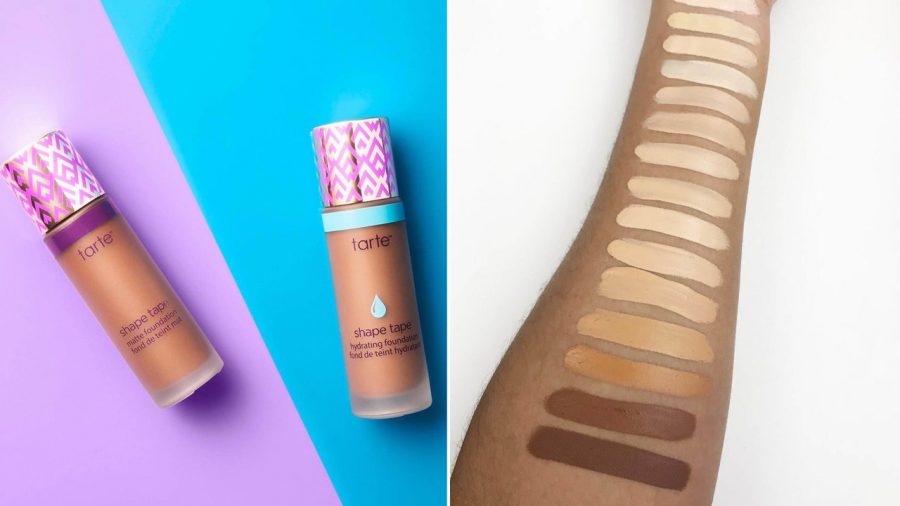 Foundation. We all know what it is. A cosmetic used to even out the skin or cover up any blemishes or imperfections. Whether it be liquid, powder, or even cream foundation, we are familiar with someone in our lives who wears the product. Those who wear foundation know how hard it is to find their own skin tone, especially for people of color. So, why are we still living in a world where people of color have a hard time finding their correct foundation color?

Brands like Tarte released their new Shape Tape foundation and received backlash for not having a wide shade range. With an upsetting 15 shades, entrepreneur and YouTuber, Jeffree Star said, “It looked like they had 50 shades of white and then 2 shades for women of color. It’s not acceptable.” People didn’t like that there was only “2 shades” for people of color. They always seem to be the ones left out when it comes to cosmetics. However, Tarte is not the only brand that was disliked for their lack of foundation shades. Other brands, like Beautyblender and IT Cosmetics, were criticized, not on their short amount of shade ranges, but on the lack of distributing their shade range. Junior, Stephanie Bustamante-Sanchez, says, “It’s disappointing because they can have 37 or even 50 shades, but most of them are for the lighter skinned and there’s like 3 or maybe even 4 shades for the people of color.”

Back in September 2017, iconic singer and businesswoman, Rihanna released her stunning Pro Filt’r foundation with an impressive 40 shades. This caused a whole movement known as the “Fenty Effect” where brands would now release at least 40 shades, matching up to Rihanna’s successful foundation shades, including brands like Dior, CoverGirl, and MAC, with an outstanding 60 shades! Senior, Keila Herrera says, “That’s good because there are more shades for people like me.” Not only did her 40 shades include people of color, it also included people of lighter shades. Many are impressed by the formula and finding the undertone and shade matching their skin has become a breeze.

Since the brand’s release, beauty artists everywhere have been hyping the brand. Time Magazine announced the Pro Filt’r as “make up for every skin tone”. “I still can’t wear some of these companies’ foundation, so for Fenty Beauty to come out with a bang 40 different shades and it’s something that I could actually work with, I am very happy and very pleased to see that,” said Beauty YouTuber, Nyma Tang on the foundation. Another Youtuber, Gratsi, says, “I’ve never tried a foundation like this.” She said, “It did what it was supposed to do and more.”

Rihanna has definitely changed the game for the makeup standards, raising it to [ a minimum of 40 shades for foundation shades, but why now? Our society has evolved from the times where segregation was a huge part of society. While it is true that darker foundation formula is a bit challenging to make, people praised Rihanna because she took two years to perfect her Pro Filt’r. Many claimed that they would appreciate it more if all of the foundation shades came out at once instead of over time, that way they feel included. But as of now, Rihanna is leading the cosmetic industry and setting the standards for future foundation releases. People of color finally have a chance to hope for their perfect beauty future.