How athletes stay fit in off-season 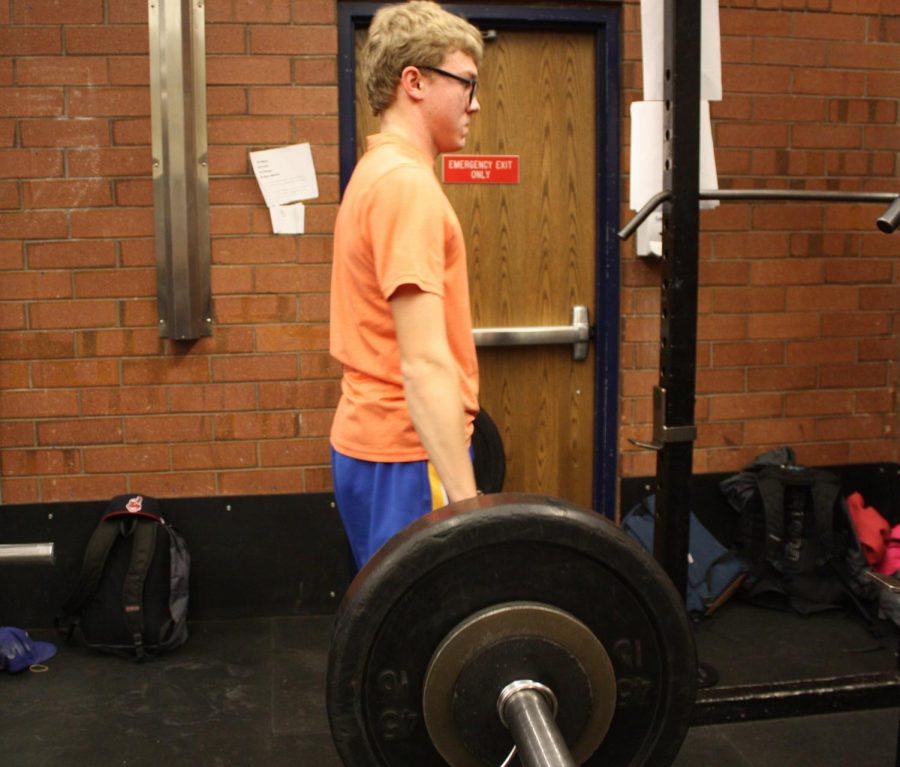 Jessie Marchant, school athlete, pictured in the wrestling room during weight training, which ensures athletes stay fit on, and off-season.

Athletes are always being pushed to train and stay physically fit during active seasons, but this alone forces some athletes into stress. Stress is not good for these players because it messes with their focus and physical performance during games and practice. Even though physical fitness is important, rest for them is also important for them so that they do not get fatigued.

Jess Williams a sophomore says, “I think they should do what is comfortable for them because not everyone can take that physical load of stress. That’s what makes the great athletes great because they do not let the stress affect their physical game.” Although physical and some mental stressors aren’t good for young athletes, there are positive stressors to help during games. Small stress known as acute stress helps athletes get adrenaline which helps their overall game with all the extra energy that they get because of it. That being said stress can help athletes, but too much of it can overwhelm them.

Being physically fit is important for athletes, but being fit mentally and not having injuries is more important. Some athletes meditate to help themselves stay focus during a game because everyone knows that cracking under pressure during a game will lead to a loss. Others train themselves by just taking time away from the sport and enjoy everyday things that help train them to get both better focus and the ability to stay calm. Some might even take the time during the off-season to recover from serious injuries that they might have suffered during the season. All these things are important for athletes so they can avoid worsening injuries and losing concentration.

According to artofmanliness.com, “Research has shown that individuals who can sustain their attention for long periods of time perform better on all sorts of cognitive challenges than those who cannot. A man with a scatter-shot attention span will only be able to experience one plane of existence; he can skim across the surface of the world’s vast knowledge and wisdom, but is unable to dive deeper and discover the treasures below.” What this is trying to say is that everyone has the ability to reach their maximum potential by training themselves not physically, but mentally as well. Famous with diseases like ADHD often are scared of what these can do to their careers.

Additudemag.com said “Chances are, no one ever considered testing athletes for ADD since they are good at what they do. Sure, that pitcher may be a little flaky, but who cares, as long as he can throw a 95-mile-per-hour fastball? Among the athletes who do know that they have ADD, few are open about it. They’re often scared of what it could do to their career.” Athletes sometimes are scared to open up to having ADHD or sometimes aren’t even aware that they have this. But to them, it doesn’t matter because with it they are still proficient in what they do.

Physical fitness is important to athletes whether they are in season or not. Some sports like football and boxing require their athletes to have good stamina and strength while others like cross country and track focus on endurance and speed. It is pretty common that during the off-season you will see athletes in the gym or simply running outside to help keep themselves at their peaks so that when the season does return they will be ready and will not have to work as hard.

Both of these factors along with staying fit physically during the off-season are what separate athletes, not in terms of skill or strength but in terms of how well an athlete concentrates and doesn’t crack under pressure.