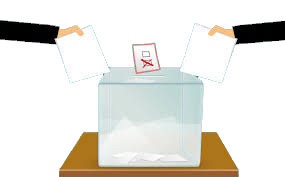 When the founding fathers were designing the American government, they put an incredible power in the hands of its citizens: the ability to vote. Through this power, you can make your voice heard. If you don’t like a politician, you have the power to let them know, through your vote. Politicians don’t just decide that they’re going to be in Congress; their constituents do. You have more power than you probably think. If you want a certain issue to be handled a certain way, you can vote for someone who will handle it the way you want it to be handled.

Voting gives you a way to hold the government accountable for the things they do that you might not agree with. For example, in 2016, a judge in California gave a man charged with sexual assault a sentence that many perceived to be too light, and this year he was voted out of office. Voting gives you a tangible way to voice your displeasure at the people in office.

For me, voting honors all the women who fought so that I might be able to cast that vote. I also vote in order to give a voice to the people those in power would rather be kept silent. There are still people who live in the United States who don’t have the right to vote, and I want them to someday be able to own their voice in that way. I want to cast my vote for people who will fight for the rights of everyone.

As a citizen of the United States of America, it is your civic duty to vote. Our government is meant to be run by the people, for the people, and it cannot do that if the people aren’t voicing their opinions through the vote. If you can’t vote, there are other things you can do: you can organize or participate in a protest, sign a petition, or encourage those around you who can vote to do so.

Voting is the lifeblood of any democracy; it ensures that the power stays in the people’s hands, where it belongs, instead of solely in the hands of politicians. It’s easy to feel that there is nothing you can do to enact change, especially when you’re as young as we are. But starting at 18, you can cause real change in our country, just by casting your vote. With the ability that we now have to vote online, registering is easier than ever. So what’s your excuse?