Students weigh the worth of college 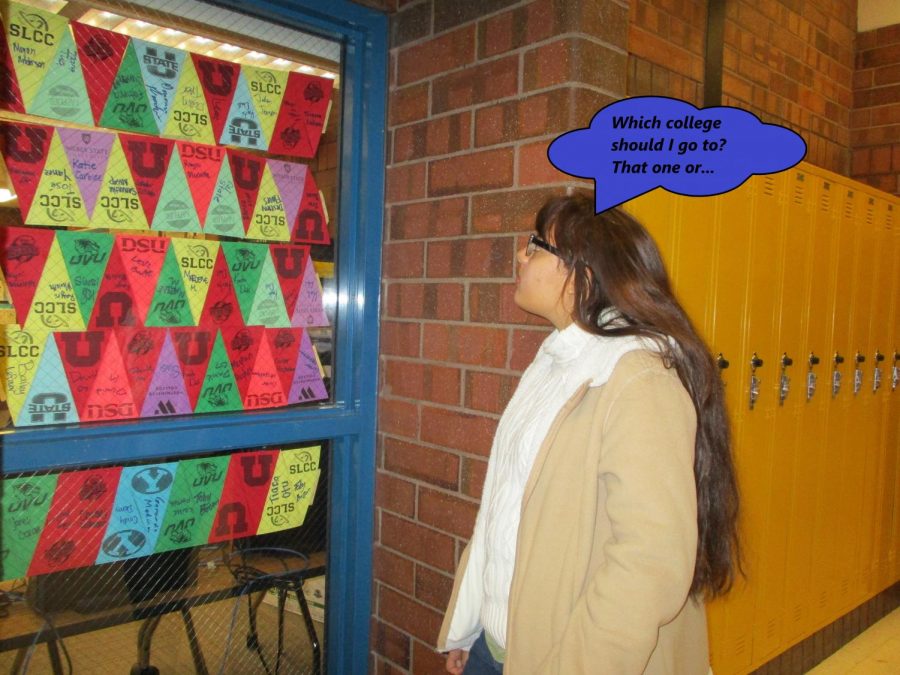 Some people think that high school students have to go to college in order to get a decent job and provide for themselves while others think that students can still succeed in life without going to college. Then there are all the opinions in between.
There seem to be way too many people that, while going through high school, think that college isn’t important. “For people with some college or an associate degree, the unemployment rate was 3.8 percent in January 2017 and 4.2 percent a year earlier. While for workers with less than a high school diploma, the unemployment rate was 7.7 percent in January 2017, little different from the rate in January 2016,” said the Bureau of Labor Statistics
Sometimes life gets in the way and everything doesn’t go according to plan. Whether it’s because they can’t afford college or they just don’t think that they need it to get into their specific career. According to research done in 2015 by Georgetown’s Anthony Carnevale and Jeff Strohl, less than 10 percent of children that grew up in a “poor” household now graduate with a four-year college degree.
“My mom didn’t go to college because she couldn’t afford it and she has regretted it ever since,” said sophomore Kira Allred. Even with these obstacles, there seems to always be those students who defy the odds and graduate college even though it seemed that the world was against them.
“I still don’t know what I’m going to do after high school even though I’m done after this year,” said senior Katie Jones. Even if someone doesn’t know what they are planning on doing after their education most students plan on going to some form of college.
Most parents tell their kids that they need to go to college in order to get a good job. “Everyone in my family is constantly telling me that I need to decide what college I want to go to,” said sophomore Mckinzy Lawson.
There are many cases of going to college for four or more years in order to get a degree and end up with a job that has nothing to do with what they majored in.
“My dad has a masters degree in psychology and is a construction worker,” said Junior Marissa Conoley. So yes, going to college might not help everyone but even some jobs that don’t “need” a diploma still like to see that you went to any form of college on your resume.
College may not be for everyone and, while there are people who don’t go and are extremely happy with every aspect of their life, there are also many people that may have spent all that time and money and ended up not needing it in the first place. But, while going through high school, everyone needs to figure out what they plan on doing after high school, whether it be going to college or not.