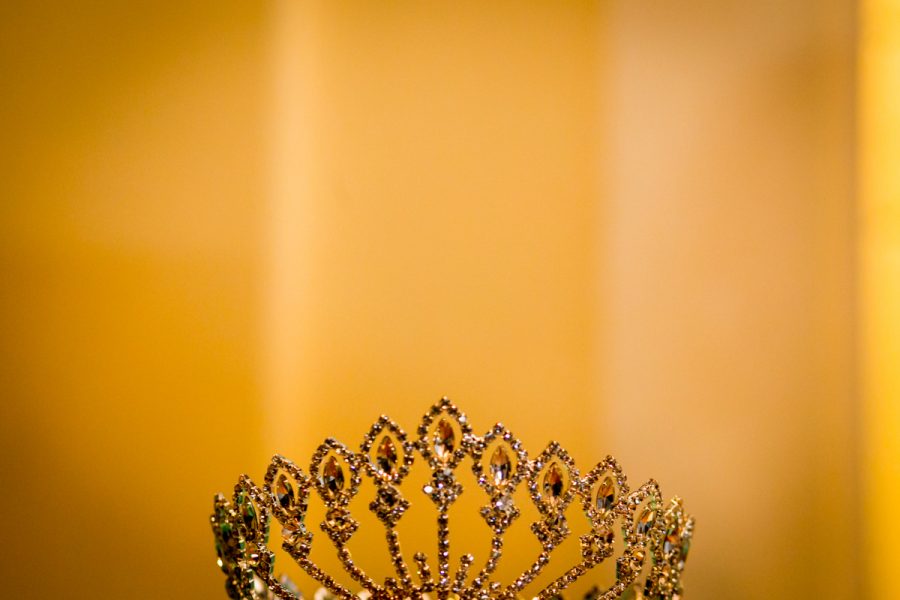 The 19th amendment was a huge step forward for suffragettes. It gave women the right to vote and is still revered by feminists around the world. However, on the same day that the last state ratified the amendment the first-ever Miss America pageant was created. Since its creation women and feminists alike have objected to this very feminine and slightly sexist contest. These pageants have become so widespread that they exist in every state and around the world. The pageants range from babies, kids, and teenagers to adults and even senior citizens. Some argue that they infringe on the feminist movement while others argue they do no harm. However, one thing remains certain; beauty pageants judge a woman based on her superficial looks and ability to follow rules. While this seems almost archaically sexist, most opinions come from outside an experience with pageants. The practice of these pageants suggests that beauty is suggestive from the beholder, that women have impossible beauty standards, and that these shows have an undeniable influence on young girls. However, these pageants also bring awareness to important cultural exposure and unite men and women through fashion, makeup, and talents. The abolishment of these pageants could cause severe uprisings to the beauty team, set crew, and the contestants.

There are those who are extremely offended by the existence of beauty pageants. These individuals tend to be radical feminists, one may even have the audacity to call them “Karens” of the feminist world. These women and men alike have been protesting for decades. In fact, in 1968 over 100 women came together on the day of the Miss America pageant in New Jersey to protest. “The protesters denounced the racism of the show (since its 1921 creation the pageant had never had a black finalist) and spoke out against ‘objects of enslavement’—these articles were bras, girdles, false eyelashes, and various other women’s accessories,” wrote an anonymous author. This specific protest gained the attention of the media which some may say was the inciting incident against pageants in the recent century. Not to mention, the negative effects that these contests can have on impressionable young girls. Pageants can create negative effects on young girls and even adult women. But, this is not only a problem that affects the United States. France recently came together in 2013 to discuss children’s beauty pageants. An all-out ban on any pageant for children under the age of 16 was discussed for quite a while. Being the center of high-value fashion and beauty, this announcement raised many alarms. “When I asked an organizer why there were no mini-boy contests, I heard him respond that boys would not lower themselves like that,” quoted one French official concerning these pageants. This direct insult to women and little girls shows the blatant sexism and disregard for females shown in the pageant society. Many issues about these pageants have been addressed and changed throughout the years.

In contrast, there are those who believe that beauty pageants have little to no effect on anyone. Some believe that these contests are created for entertainment and nothing more, much like Keeping Up With the Kardashians. Parents of child beauty contestants have often received criticism and even threats for their child’s involvement in the industry. But no child is being forced to participate, it’s simply their interest. Much like some kids enjoy playing soccer or playing hide and seek, these kids enjoy being a part of the pageants. In these contests, children even make new friends, develop new hobbies, and save enormous amounts for college. “[As] the lights come up in the ballroom, and the contestants revert to ordinary little girls, charging around and pestering their parents. They want to play with their new friends. They want to shed their dresses, take down their hair, order room-service pizza, watch a video, organize a slumber party,” wrote Good Housekeeping reporter  Lise Hilboldt-Stolley. After the murder of well-known child beauty contestant JonBenet Ramsey, beauty pageants have been scorned and bashed through the media’s lens, but the media distorts almost everything it covers. And as much as certain individuals loathe beauty pageants, they still exist. Despite the constant backlash and negative connotation, pageants are easily found and extremely widespread. The survival of pageants despite the attacks shows that the world still wants them around. “Classified as popular culture, beauty pageants are nevertheless viewed around the world as events that embody modernity and signify Western values,” wrote Beverly Stoeltje. These pageants have even furthered the inclusivity of the contestants having many nonwhite contestants and winners, trans men and women competing, and an overall air of bonding and kindness. These pageants include a wider variety of people, embody Western ideals, and include a source for people’s interests.

Meanwhile, there are individuals who remain completely neutral in the debate. That while these contests can be perceived as misogynistic they also are a source of income for others. One reporter, on a whim, decided to enter his son into a baby pageant. After the experience the reporter stated, “[I] emerged with a slightly more positive sense of the pageant. I still have a lot of doubts about the way pageants were organized, [and] about how much money they cost,” said The Washington Post reporter Tom Bartlett. This parent in particular was worried about how expensive the contests cost, but didn’t have the scathing negative experience the media declares pageants as. Furthermore, the pageant is very neutral territory as it’s a source of entertainment. In 1993 the Miss Teen USA Pageant top girls from across the country competed against one another for the crown. The question and answer portion of the pageant was published for the general public and each girl responded with varying answers. The responses varied from comedic, serious, a little bizarre, to general life advice. “Don’t hoot with the owls at night if you can’t crow with the rooster in the morning,” said Miss Georgia. These drastic answers show that the contests are for pleasure, they’re entertainment much like a favorite series on Netflix.

Pageants aren’t all they seem to be. Viewpoints previously discussed show how controversial uneducated topics can be. The way they are run may cause issues, but the contest itself is simply for pleasure, despite how the audience chooses to interpret it. Most negative opinions come from those who’ve had little to no experience with them and the media leans toward these negative reviews. But those with experience know the truth, it’s a form of entertainment and should be treated as such. While it may seem sexist and antifeministic, it’s no more so than The Bachelor.